Stargazing in the desert was one of those things on our travel bucket list. So we signed up for a 3 day 2 nights trip to the Sahara desert.

What we didn’t realise was how far away from Marrakech we were going. 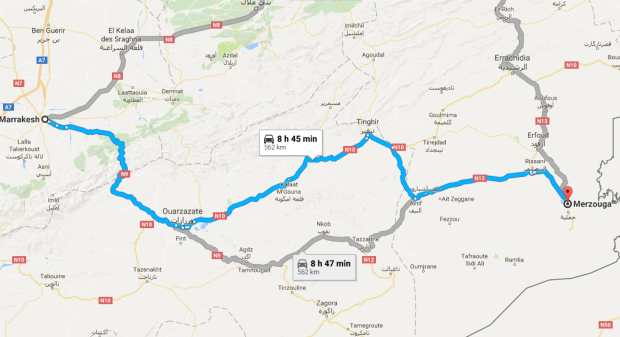 Our mini van navigated the narrow and windy roads which at times make you feel like you will veer off the edge of the cliff. In fact, many barriers which were crushed and travellers before us probably disappeared into the deep ravines below. Only later did we learn that the Tizi n’Tichka pass has one of the highest death rates in the world. 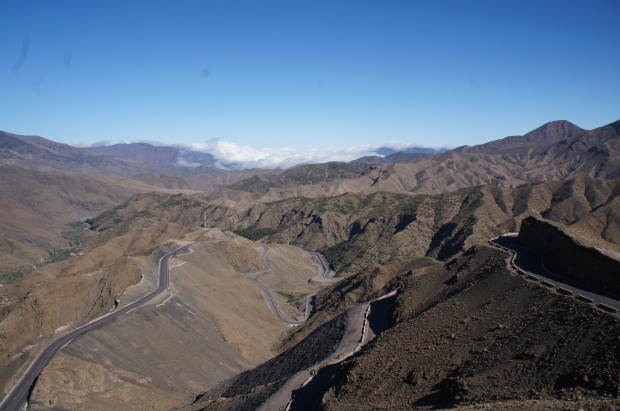 We stopped by Ait Benhaddou, a kasbah which is a great example of Moroccan earthen clay architecture. It was also used as a site for many films including Gladiator. Our guide told us that filming was very welcomed there, as it brought economic benefits to the local villages. In fact, our guide has been an extra in the films twice and was paid around 3000 dirhams each time. 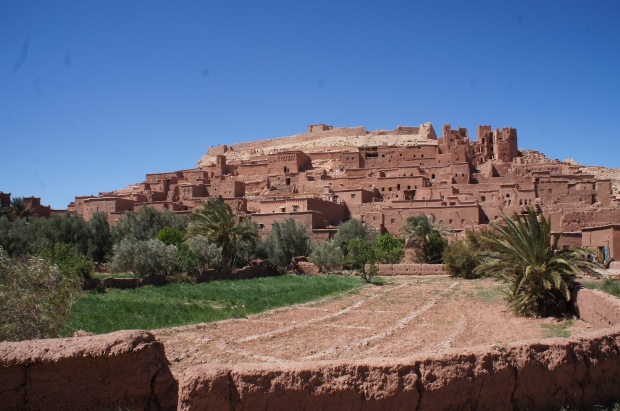 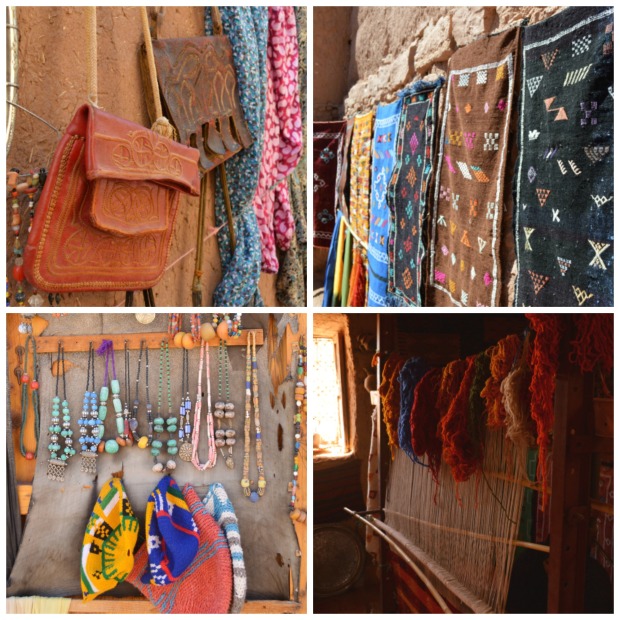 At Ait Benhaddou village, you will find all sorts of handmade arts and crafts sold. In our opinion, the prices seemed more expensive than other ones we’ve seen in Essaouira. However, we do believe the money from the products sold goes direct to the villagers.

On day 2, we rode 1.5 hours on the camels to reach the camp. En route, we enjoyed the magnificent sand dunes (Erg Chebbi) bathed in golden light and then watched the sunset. Our asses were sore when we reached the camp. 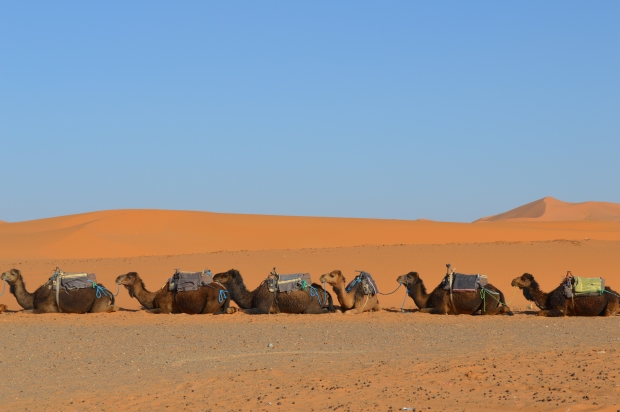 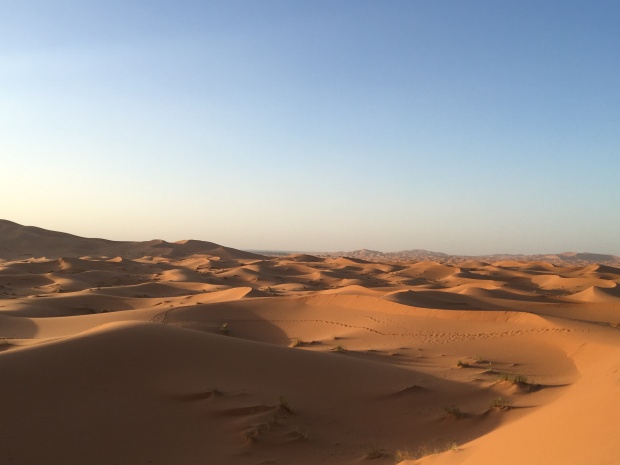 We laid on our backs in the sand to stare at the sky. Sounds quite romantic if you ignore the fact that sand was literally inside my trousers and everywhere where sand shouldn’t be.

Jason: “Is that a faint glow right there or am I making it up?”

Sharon: “Oh yes, there’s a faint glow, that must be the Milky Way!”

So we thought we saw the Milky Way. After all, how else is it supposed to look like to the naked eye if not but a faint glow? If you’re very serious about stargazing, you certainly would not make the mistake we did as we realised when the full moon appeared!

We spent the night around the campfire while the berbers drummed and sang songs with funny lyrics like “Obama is African”. We had a tent to ourselves but don’t expect it to be warm. The desert was freezing at night – beanie and down jacket recommended.

On day 3, we rode the camels back out and enjoyed the sunrise. The rest of the day was spent in the car as we raced back the 200+km to Marrakech.

We would recommend going on a desert trip if your itinerary permits. However, we both agreed that once was enough!

Price paid per person for group tour with Discover Morocco: €120 including transport, accommodation and tagine dinners.

Our only criticism was that one cafe where we were brought to for lunch was far from fantastic because 1) we felt cheated by the cafe owner when he made us pay for a pizza based on ‘per person’ price and 2) I made the mistake of ordering pasta with cheese, which turned out to be Laughing Cow cream cheese rather than Parmesan cheese.